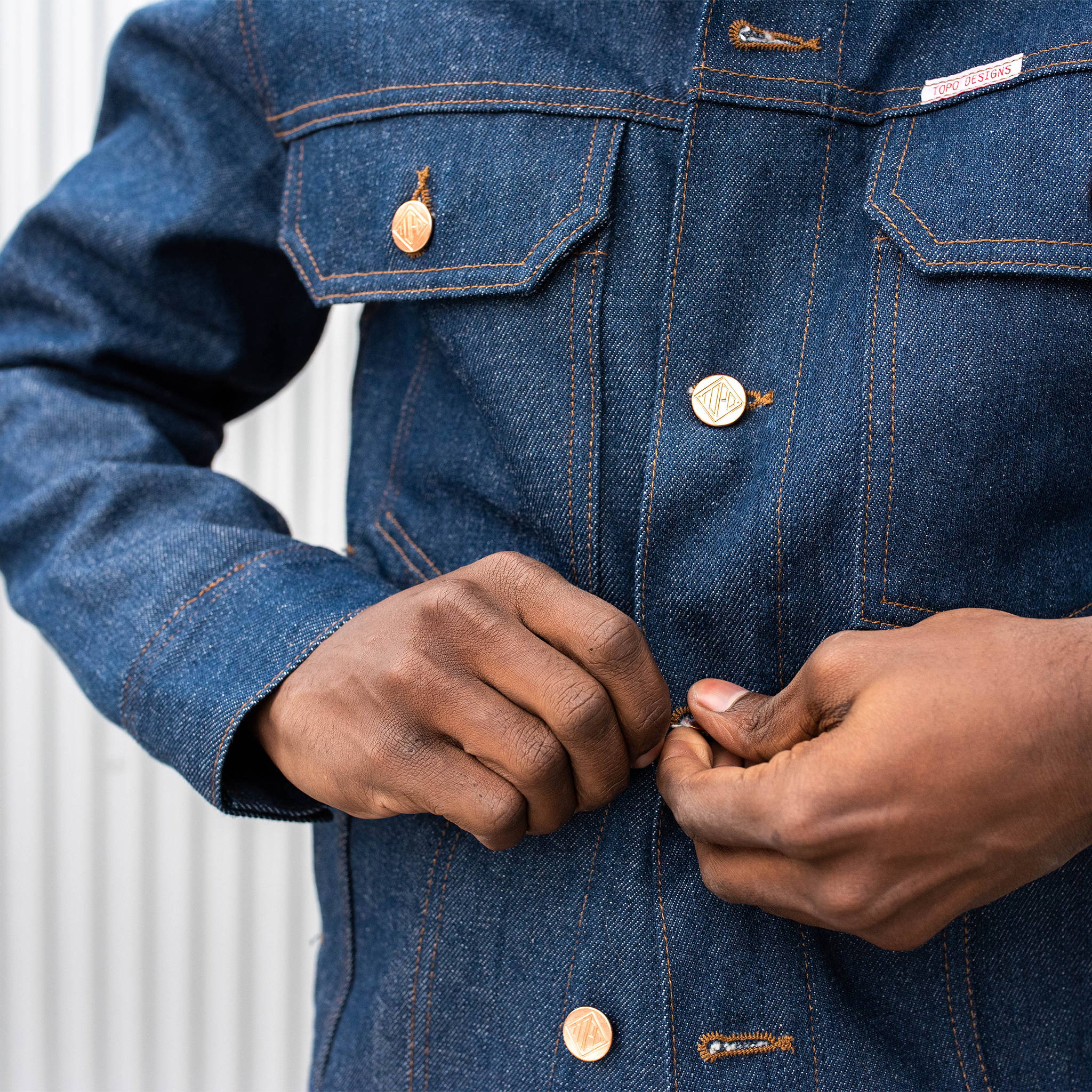 An unstoppably cool, rugged denim jacket that just so happens to be outdoor-friendly.

If you’ve not yet built out your fall outerwear rotation, consider this your lucky day: The Topo Designs Denim Trucker Jacket is one of the best jackets for fall (period), and it’s on sale right now via the Topo Designs Web site. A note: It’s a fast seller, so you’d also do well to look at other Topo Designs outerwear. But back to the jacket. It’s a mighty fine piece of outerwear. All of this is to say: Act accordingly, act quickly and you’ll have one of the best trucker jackets for men headed your way in no time at all. It gets better, though. This is an American-made denim jacket available for a downright steal ($64, to be exact). For a rugged denim jacket crafted from Mt. Vernon blue cotton denim, that’s exceptional. Throw in the fact that the Topo Designs Trucker Jacket is functional as heck and easy to layer over Topo Designs shirts and base layers alike, and you’ve got yourself one of the best jackets for fall adventures at home or on the road.

You’d be surprised by how versatile one of the best denim jackets can be. This Topo Designs denim jacket in particular should easily pair up with everything from Topo Designs field pants and a flannel shirt to slim black selvedge denim, some unstoppable, rugged leather boots and your favorite henley. It’s the gift that keeps on giving in terms of classic fall style, so be sure to give the Topo Designs Denim Trucker Jacket a fair shake right now. You won’t regret it when it comes time to gear up.