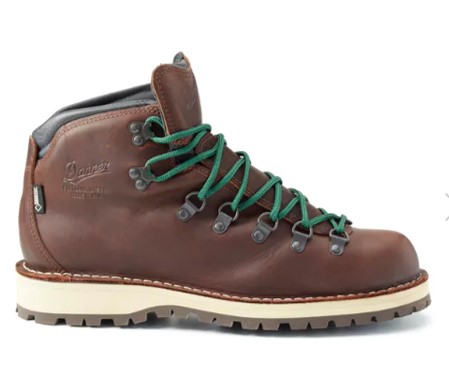 We’ll get to more on these boots in a moment. Standby …

So, we’re doing things a little differently to start the Friday Read — or this edition, at least. You’ll notice the exceptional Danner Mountain Pass Boots featured up top (and down below) to kick things off. They’re a great pair of adventure-ready boots to get your fall weekend started — but that’s just my two cents. For future editions of our weekly recap, you might see a tasty craft beer or a great vinyl record featured, or perhaps a photo from a worthy long read at a Style Guide-approved site like Esquire. Either way, just something to get the gears turning to end the week. What’s on your weekend agenda? For me, it’s a pretty packed one. Coming off the absolutely amazing Audiotree Music Festival, it’s time yet again for another festival — on a slightly different scale. My favorite band and my heroes, Cincy-bred indie rockers The National, are hosting a very  special two-day festival at the iconic Forest Hills Stadium! Titled “There’s No Leaving New York” — a fitting adage for a global band that came up in Brooklyn — the weekend is set to feature two headlining sets by The National (whoop!), plus performances by indie luminaries like Future Islands (whom I saw in Portland last year!), plus Cat Power, Phoebe Bridgers and Jason Isbell and the 400 Unit, for starters. Talk about an action-packed two days, right? In the midst of all of that, I’m aiming to hit up the nearby Finback Brewery, and take care of some writing and blogging in the meantime.  Hopefully, your weekend includes some tasty coffee, some excellent craft beer, some terrific music and perhaps, some shopping for men’s style essentials. Without any further chit-chat, onward through the Friday Read!

Alright, my friends. That’s wrapping up today’s Friday Read. Join us tomorrow, as always, for our Style Pick of the Week, and follow along on weekend on Twitter and Instagram. Cheers!