Enjoying a relaxing brew at Brooklyn’s Sycamore and preparing to see The National in New York last Friday. Dressed in a classic Mott and Bow Oxford, a sharp Timex watch and my Levi’s 505C denim for rock-ready style!

Folks, I’d say the headline says it all when it comes to my latest Style Guide trip. This past weekend — a long weekend that’s still going, in fact — I hit the road to do one of my favorite things: Take in not one, but TWO stellar shows by my absolute favorite  banded, lauded American indie rockers The National. A favorite of mine from my days back attending Michigan State University, this sharply dressed band just released “Sleep Well Beast,” one of the year’s best albums, back in September. And the six albums prior to that release? All packed with extraordinary gems. They’re in the midst of a tour that started overseas and is swinging through the States as we speak, so it was essential that I catch two Northeast shows. It was even more essential that I dress in my favorite #menswear! If you want a dash of travel style tips, a few Boston travel tips and of course, some great music, come along. Plug in, turn up the band’s latest album, and let’s dress for a rock concert in style … refined style, that is.

Style that’s refined enough for the office, ready for travel and still able to work at a concert by a band known for tailored style!

If there’s one thing I’ve learned in my years of following The National, it’s that this is a band that — in addition to writing my favorite tracks — can wear the heck out of a suit (especially lead singer Matt Berninger). His years spent working at an ad agency likely carried over to his classic on-stage style, so to go from my office to a Boston-bound train to a show at the handsomely appointed Wang Theatre, I had to dress the part. That started on my top half with the comfortable-yet-sharp Old Navy Garment-Dyed Built-in Flex Canvas Blazer in a fitting charcoal color. With casual patch pockets, it helped me haul around my everyday carry essentials, as did my Whipping Post Large Leather Messenger Bag.

I completed the day-to-night combo with sharp navy Oxford from Mott and Bow, a brand that’s as wearable at a concert as at the office. For style that was at once crisp and yet rock concert-friendly on my bottom half, my dark blue Flint and Tinder All-American Jeans in the brand’s Slim Tapered fit offered up versatility and mobility.  And as has become custom when heading to a rock concert, I had to throw on durable, stylish leather boots — specifically, my Viberg Service Boots, which proved as hard-wearing and rugged as ever.

Contemplating an emotional, meaningful and hard-rocking show from The National in Boston. Dressed in refined rock style with an Old Navy blazer and a Mott and Bow Oxford!

With stylish gear in tow and my trek up to Boston complete, pre-show refreshments were crucial. If ever you find yourself near Boston’s South End and want a gourmet meal paired with an excellent local craft brew, be sure to hit up the Tip Tap Room. With more than 40 taps, this upscale pub delivers when it comes to rich IPAs and flavorful farmhouse ales in equal measure. It was, in short, a great place to kick off an excellent evening with  my favorite band. The Wang Theatre is a unique venue, with the beauty of a space that’s a national historic landmark and the capacity (3,500) to host a major rock show.

It was certainly a show I’d been looking forward to for a long time. I’d heard the band debut some new tracks during a spirited performance at Panorama 2016, and I’d also had the pleasure of hearing them debut their new album in full (twice!) during an upstate trip earlier this summer, but this tour presents a new, well, beast. With a discography spanning seven albums and plenty of fan favorites, The National are a truly masterful band that keeps you guessing — in the best way possible. From the spare, beautiful opening track “Nobody Else Will Be There” to the hard-charging “Day I Die,” material off “Sleep Well Beast” was met with as much joy as deep cuts like “Son” (one of the first tracks they ever wrote), plus hard-charging numbers like “Don’t Swallow the Cap” and fan favorites like “Mr. November.”

The stellar set list was filled out by 10 — yes, 10 — incredible tracks off “Sleep Well Beast,” plus amazing renditions of “Terrible Love,”Fake Empire” and classic mid-aughts numbers “Secret Meeting” and “Apartment Story.” It’s tough to put into words how much of an impact this band has had on me, from Michigan all the way to Brooklyn, but their emotional, meaningful and nuanced rock music is a consistent force in my daily life. Their consistency and work ethic are also admirable — you don’t go from playing shows across the Midwest to five people to writing an exceptional album like “Sleep Well Beast” overnight. And with that being said, it was very fitting that the next stop on a country-spanning tour took them to their original home of New York and the elegant Forest Hills Stadium in Queens! And so, I hopped on a southbound train to head back to the Big Apple — dressed in style, of course.

Dressed in style for day two of a Northeast tour by The National. Utility Blazer by Abercrombie & Fitch. Oxford by Mott and Bow.

Make no mistake, The National still brought plenty of unexpected surprises to the stage on Friday night — that’s the beauty of a band with a bevy of standout tracks (including a surprise cover of Queens rock heroes The Ramones!). And for travel, a rock concert and a day of exploration in Brooklyn — including a stop at neighborhood watering hole Sycamore — I knew had to dress with function and comfort and top of mind.  With casual patch pockets, a comfortable unstructured build and  a sharp navy color, my Abercrombie & Fitch Utility Blazer was a versatile top layer over another classic Oxford shirt from Mott and Bow. To finish off my ensemble with rugged and rock-ready style, my  Viberg Service Boots again came in handy — and my Levi’s 505C denim, with roots in rock heritage, were also a perfect concert style move.  The next time you need to dress for travel and a rock concert, pick some rock n’roll denim,  stylish leather boots, and a classic utility blazer to take you from point A to point B.  Oh, and if you get the chance to see The National on this upcoming tour, I’d strongly urge you to take it. On the best nights, you might be fortunate enough to hear lovely deep cut “About Today,” or a rousing acoustic rendition of the soaring “Vanderlyle Crybaby Geeks,” which they closed the show with in Queens. A show beyond words!

The next time you head to a tailgate of your own, grab durable sneakers, a stylish team sweater and slim denim in a casual wash.

With two excellent, life-affirming and joyous rock shows in the rearview mirror, the weekend wasn’t over yet. In fact, it was just getting started, as my beloved Michigan State Spartans took on the hated Michigan Wolverines  in a college football duel for the ages (sorry, U-M fans). It’s a rivalry with roots going back long before my time at Michigan State — from 2001’s “Clockgate” scandal in East Lansing to 2015’s incredible, last-second Spartan victory in Ann Arbor, it’s given me my fair share of fond (and at times agonizing) memories over the years. It was with similar excitement and hope that I dressed to cheer on the Spartans to a 14-10 win! Even when heading to a tailgate of your own, there are definitely ways you can still look great. I layered up with a retro-inspired, casual Michigan State Hillflint Sweater, crafted in breathable cotton and featuring a neat design. It teamed nicely with a pair of DSTLD Slim Light Wash Jeans and my fall-ready Danner x New Balance miUSA 585 Sneakers, made with rich leather accents and featuring a comfortable, hiking boot-inspired fit. And to stay on time while heading to watch the game with fellow Spartan fans, my Electric California Carroway Leather Watch provided function and casual, crisp style. It’s not every weekend that you get to see your favorite team play a competitive rivalry game after seeing your favorite band play twice, but I was glad to have that opportunity this weekend.

If you know me, you know I like to pack as much as possible into my weekends — it was with the spirit of adventure in mind that I took on Sunday with help from some goods in the Bespoke Post Scout Box (like the cool Wildsam Field Guide as seen above).  For a bit of transitional fall style, I threw on a reliably durable and well-fitting Abercombie & Fitch Garment-Dye Oxford Shirt and my tailored Original Penguin Brushed Cotton 5-Pocket Pants. If ever you’re looking for a change from your favorite pair of dark denim, crisply cut brushed cotton pants provide visual interest and fabric that’s ready for fall weather. With other casual fall style essentials in tow in my Whipping Post Large Leather Messenger Bag, I finished off my look with a vintage-inspired Huckberry Explorer’s Cap and stylish leather sneakers from Frank and Oak. On the accessories front, my durable and rugged Timex Waterbury Watch in Red Wing Leather was more than up to the task of a casual Sunday. One of my destinations? The cool Bushwick outpost Montana’s Trail House. With a rugged & aesthetically pleasing design and plenty of gourmet burgers to go around, it was a neat place to relax on a long weekend.  Another destination? The seriously cool DIY venue Silent Barn for a Sunday evening of refreshments and live music. 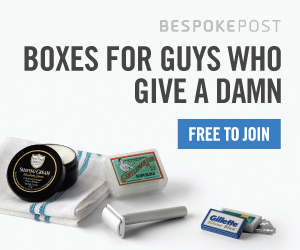 As with other weekends spent exploring Brooklyn and traveling to see live music — from Portland to Nashville and Boston — I’m reflecting today on how grateful I am to be able to pursue my passion for great tunes, great menswear and yes, the occasional craft brew or two. And to be able to see my favorite band twice in two days? That’s a banner weekend. Being able to travel in style is something that takes work from situation to situation and city to city, as I’ve learned, so I hope you find these travel style tips helpful. If ever you’re headed out on the road and want to travel in style, let’s connect on Twitter or Instagram. For now, I’ve got to revisit a terrific set by The National. Check back tomorrow for a new #OOTD post — we’ll see you then!