Right off the bat, just know that rugged leather boots — like the Red Wing Merchant Boots as seen above — aren’t going anywhere just ‘cuz we’ve now moved into March. No, there’s hardly a wrong time for a pair of stylish leather boots, as we so often say here at The Style Guide. In last week’s Style Pick, we dove into why you needed to pre-order some classic dress shoes from Taylor Stitch, but let’s return once more to durable leather boots — perfect even in March. Red Wing has gone to great lengths to up its style game over the years, and pieces like the handsome Merchant Boots exemplify that approach nicely (along with the brand’s coveted 1000 Mile line). The Mohave leather in a rich and unique color helps set the Red Wing Merchant Boots apart from the rest of the pack, as do touches like a steel shank and Goodyear welt construction for absurd durability. Brass eyelets also provide the type of durability you’d expect from a pair of classically styled boots like the Red Wing Merchant Boots. And speaking of classic style … a simply designed pair of plain toe leather boots can work with a heck of a lot of spring style essentials, to say the least.

Indeed, the Red Wing Merchant Boots can be styled in straightforward, classic fashion — think faded blue denim and a crisp Oxford shirt — or in ways a little more office-ready (an unlined navy cotton blazer, charcoal chinos and a light blue chambray shirt ought to do the trick). Therein lies the magic of a timeless pair of leather boots like the Red Wing Merchant Boots — they’ll go with plenty of gear you already love to wear (for instance: Slim tan chinos, a short-sleeve henley and a denim jacket, for one). That easy-to-wear styling potential makes the price tag of $320 a little more bearable, and when you consider their versatility and durability (especially when dealing with spring rain), that’s all the more applause-worthy. When rainy spring weather hits, you can throw on these boots in place of your typical suede chukkas, and be ready for just about anything. And the Red Wing Merchant Boots are only going to get better with age, another key benefit to investing for the long-term. So, to recap: Just because it’s spring doesn’t mean you need to shelve your boots entirely. Far from it, in fact. If I were you, the Red Wing Merchant Boots would have a permanent place in my footwear rotation in the months ahead.

How about you? Do you like the look of the Red Wing Merchant Boots? 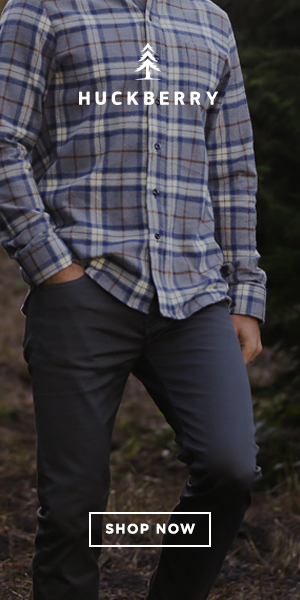