As we draw slightly, slightly closer to September in our See Now, Buy Now series here at The Style Guide, it’s time to turn our attention toward menswear staples that can help you step out of your classic summer sneakers and into gear that’s just a bit more transition-friendly. It’s a tall task, seeing as we’ve all grown accustomed to summer’s laidback, breezy style — yet, we’ll do our best to find some helpful #menswear to get the job done. So, we’re talking gear that’s a bit tougher and more regard, for starters.

And in that regard, I think there’s one casual, rugged shoe that you can reliably reach for from now and into … October. Yep, October. And that shoe would have to be the Rancourt & Co. 4-Season Ranger Moc, an exclusive Rancourt & Co. offering available for a short time only via my pals at Huckberry.  Available in two beautiful shades of leather — including Carolina Brown as seen above — the 4-Season Ranger Moc is a shoe that calls to mind both preppy waterfront style and the crunch of fall leaves underfoot further inland. That versatility comes from the Rancourt & Co. signature camp moc sole set beneath a beautiful Horween leather upper, along with the pleasingly familiar camp moc silhouette. Certainly, classic suede chukkas are also a reliable choice for your feet as we start to (slowly) get ready for fall, but the 4-Season Ranger Moc has plenty going for it. And when Rancourt & Co.  says four seasons … they mean, four seasons. Crucially, the  4-Season Ranger Moc looks like that trusty pair of shoes you slip on at your cabin or over the holidays … yet you can (and should!) buy the Ranger Moc right this instant. 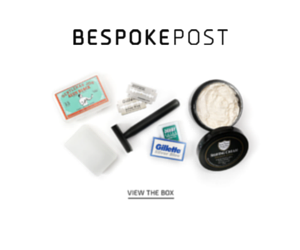 For starters, break them out now with a classic Oxford shirt and slim chino shorts while it’s still warm. Then — at least if I were you — I’d nod toward the coming chillier temperatures accordingly — take a casual washed hoodie and a classic men’s T-shirt and match those two up with a pair of faded, American-made denim for your next bonfire or casual weekend coffee run. And when it starts to get just even chillier, pair the 4-Season Ranger Moc with a lightweight cardigan and a rugged striped henley for early fall style. Oh, and when it comes time to pack up a stylish weekender bag for a camping trip? Easy. Just make sure you’ve got the 4-Season Ranger Moc in tow — or on your feet, better yet. Getting ready for fall? Same here. Heck, it might be as easy as snagging the 4-Season Ranger Moc right now.

What do you think of the rugged, instantly classic 4-Season Ranger Moc? Worthy of your purchase? Let me know on Twitter!