Where did the time go since last Friday? It was a beautiful three-day weekend here in NYC, so that certainly contributed to it. And with spring-like temperatures Saturday through Monday, it definitely got me planning ahead — I tried to enjoy the Brooklyn weather (plus delicious coffee and great menswear at Williamsburg’s Upstate Stock) as much as I could, but I couldn’t help but plan for this site’s Spring Style Wish List. Don’t worry — it’s on the way.  In the meantime, hopefully the team of one here at The Style Guide has given you plenty to read. If you didn’t catch this week’s brand profile on the inimitable Todd Snyder, do so now — and maybe pick up a great piece like the Todd Snyder x Champion Pocket Sweatshirt in the process.

Know that we’ve also got a new way to wear a cardigan via this week’s #OOTD series, and of course, another entry in the Style Pick of the Week series. As for me, I’m taking a (slight) break from menswear writing for a quick road trip to the famed town of New Haven, home of Yale University and, perhaps more importantly, this weekend’s Young the Giant show at College Street Music Hall! I kid, I kid — Yale is quite the big deal, but I’m excited for the show nonetheless. Of course, I’ll be dressed in travel style, too. It’s definitely been pretty neat to go on East Coast adventures, explore new cities and see great shows in the process — from seeing Local Natives in Providence to catching The Head and the Heart in Baltimore, I’ve been quite lucky to be able to hit the road this past fall and winter! Of course, you can follow along with my travels via Instagram and Twitter. For now, let’s kick of the weekend with some #menswear fun, shall we? Read on and see you for tomorrow’s Style Pick.

Want to really get a jump on your spring style?

With that, we’ll close the curtain on another Friday Read — see you in the front row! 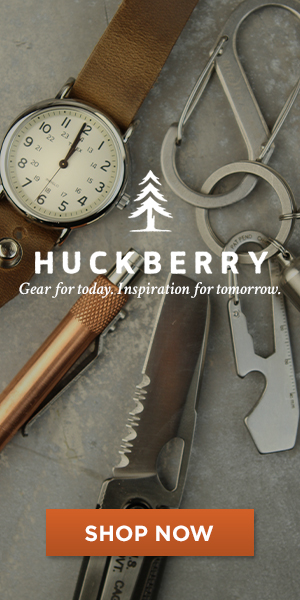