We’re through the end of another week, and we’re just a bit closer to Christmas — if you’re one who celebrates the holiday season, that is. It’s also a great time of year in the menswear world — it’s time to drop a few hints about your men’s style holiday wish list, it’s time to gear up with stylish snow gear, and it’s time to get a big jump on your holiday shopping for her. With all those wheels in motion, it made for an extra-busy week at The Style Guide. It kicked off with a really neat, special Monday night — it’s not too often you get the chance to check out a band as big as Bastille  in a venue as intimate as the renowned Bowery Ballroom, but the lauded British indie pop band returned to NYC to make up a special show originally scheduled for October. It was a fantastic night of live music — lead singer Dan Smith is smooth, poised and energetic, with a great band behind him. They played their way through one of the best pop albums of the year — that would be “Wild World” — with a few slightly older hits (“Pompeii” among them!) thrown in for good measure. Songs like “Warmth” and “The Currents” really shone through in a live setting, too. It was a treat to see them in such an intimate venue — and it was even better to catch them the very next night at Manhattan’s cavernous Pier 36 for the very cool Pandora Holiday Live event, which also featured scores of fans on-hand for Bishop Briggs and the energetic (if divisive) British mega-band The 1975 , a group who seem to be everywhere nowadays. If you can, I’d definitely recommend catching Bastille at one of a number of festivals this summer — they’ll surely be there! While summer festival season sounds mighty nice right about now, maybe you’ve got to dress in style for your holiday party, or get a jump on the weekend, so let’s get on with it — we’ve got you covered with this week’s #menswear news.

Want to read one more feature before the weekend?

Now, we’ve reached the end of the Friday Read this week — enter that Huckberry giveaway ASAP and add a few pieces to your Men’s Holiday Style Wish List now! 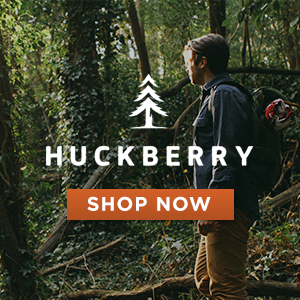